These authentic Nordic wonders provide something most people have never seen before, the event ‘wow’ factor.

Standalone, one Giant Hat can cater for up to 72 people seated, but interlinked you can have a party, wedding, or event Tipi hire in Cornwall & Devon for over 1000 people!

You can even have a fireplace inside your Tipi, simply open the Tipi’s chimney cap, spark a match, take a seat on one of our comfy ‘chill out’ furniture sets and away you go! Make sure to have marshmallows at the ready.

Our Tipis are constructed from Scandinavian timber (spruce) and gorgeous light-coloured canvas which creates a fabulous charming and alternative space. 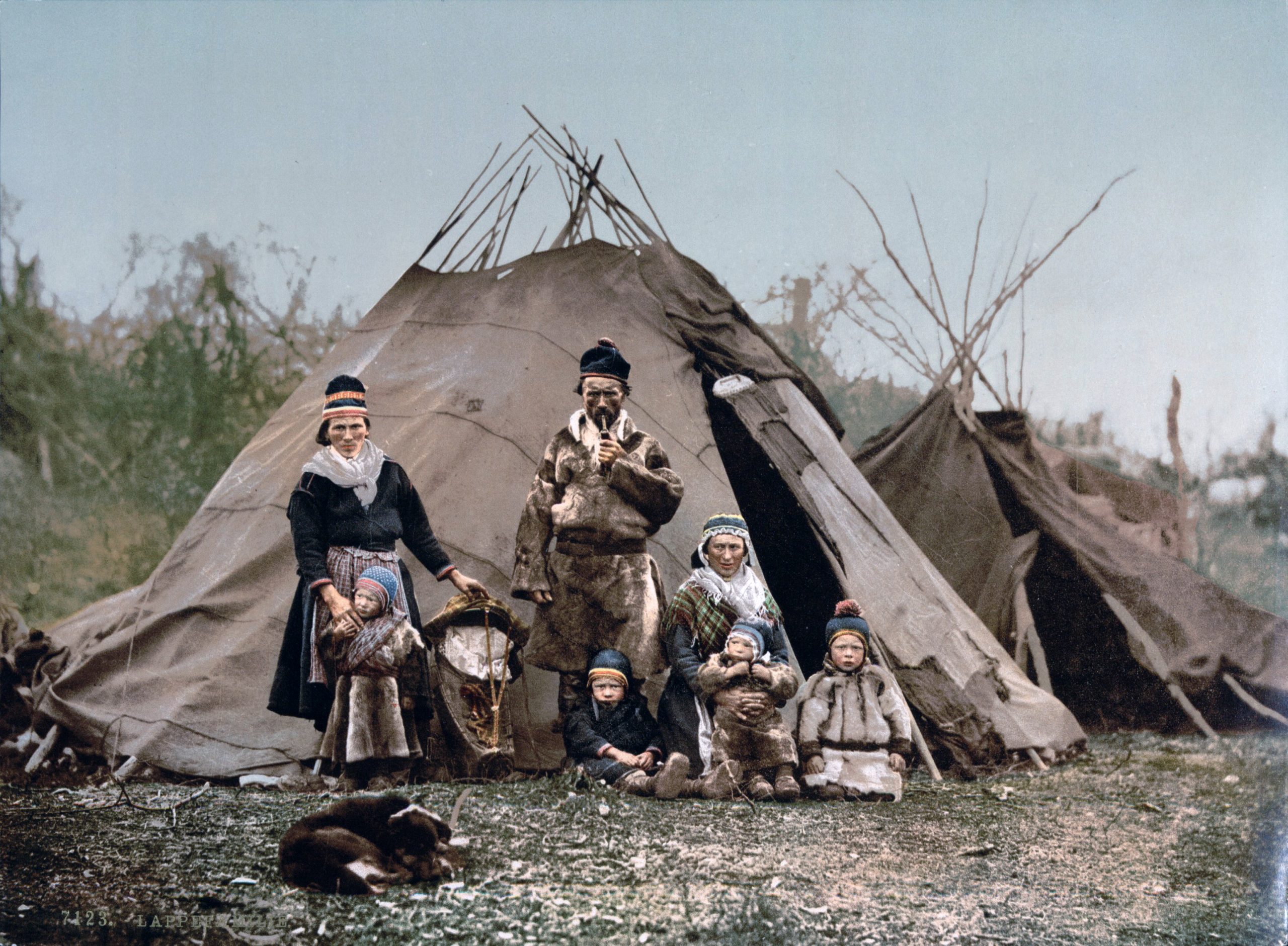 Inspired by the Sami Kåta the traditional home of the Sami people, indigenous to the Swedish Lapland area.

Roughly one hundred years later….. A giant emerged! Originally constructed in the village of Moskosel deep in Swedish Lapland, a man called Bengt is standing on a chair, changing a light bulb in the village hall, and it was not just the lamp that lit up… “I’m going to start a business making Nordic Tipis” he said…. in Swedish.

You can think of Bengt as the Albert Einstein of the Tipi. This is no joke, in fact, very true (we have met him
several times)! 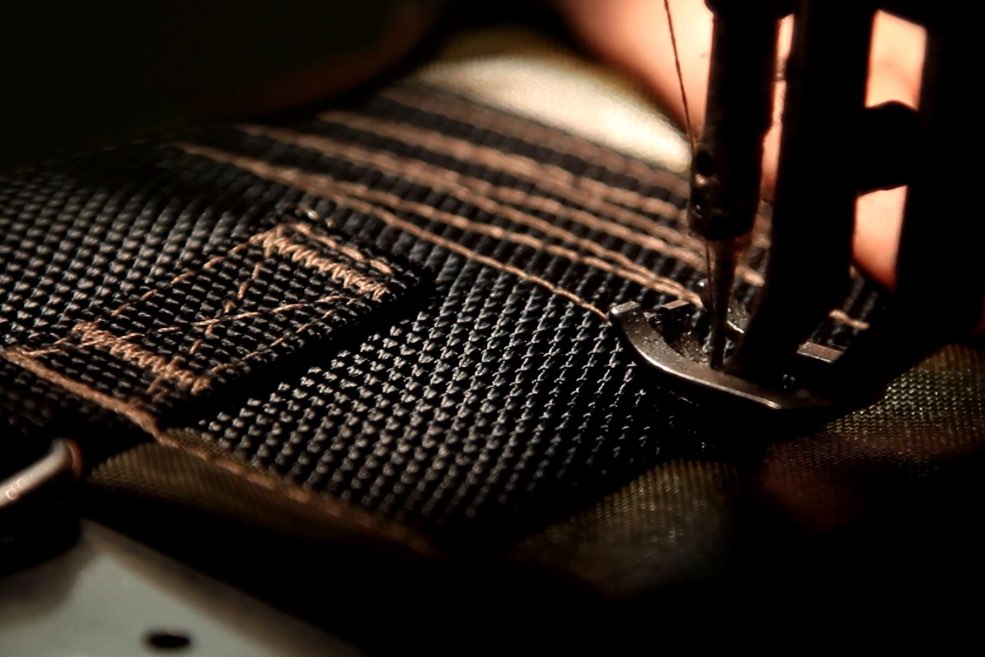 With 30 years of development the original Nordic Tipi from Tentipi is still going strong day. 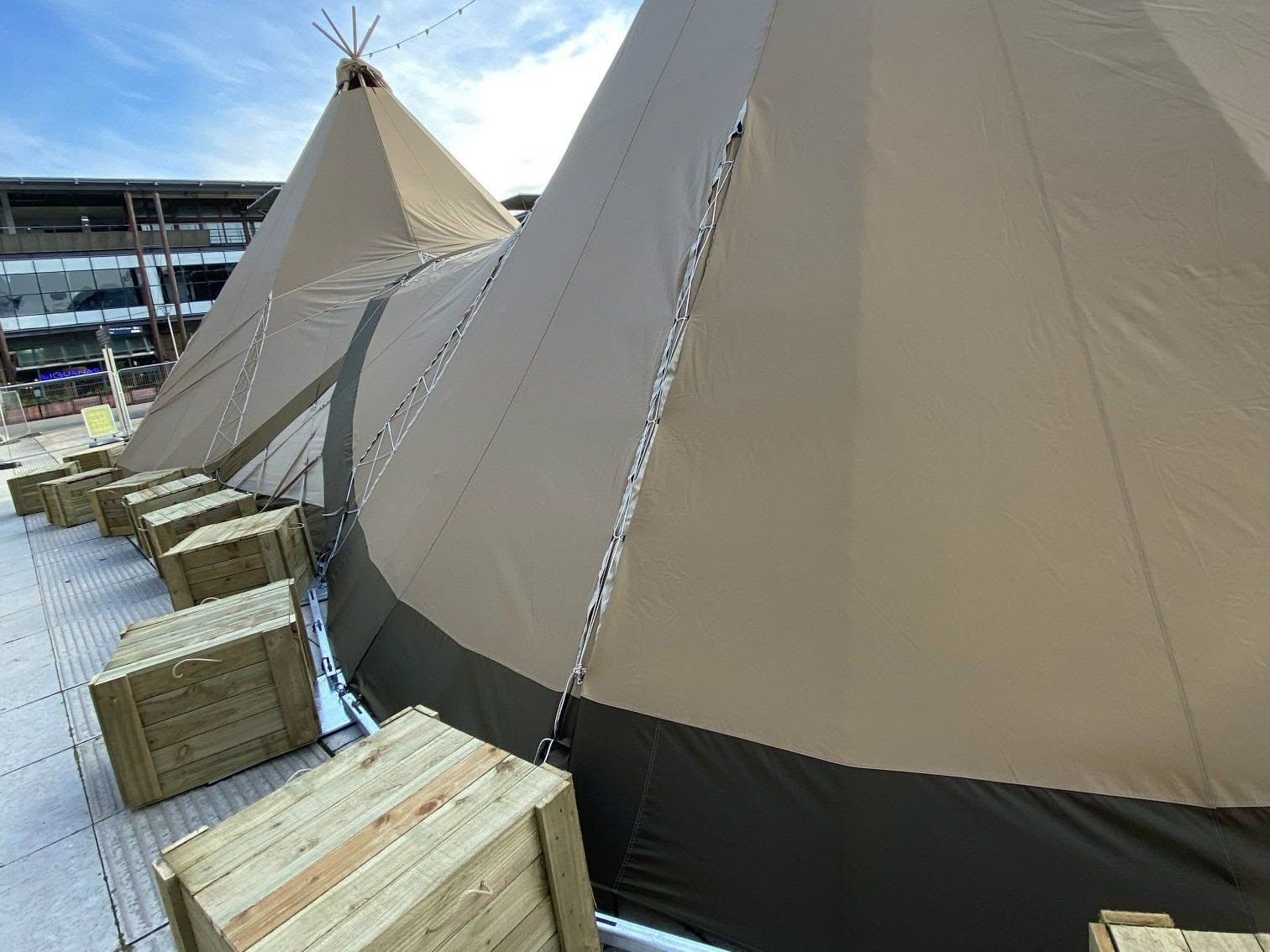 We can now build you a Tipi pretty much anywhere, even on hard standing, no need for tent pegs with our BallastFlex block system.

We can now build you a Tipi pretty much anywhere, even on hard standing, no need for tent pegs with our BallastFlex block system. We are one of the only companies in the UK to have this equipment so far.

The BallastFlex is ideal if you have underground water pipes, in fact any form of underground utility or if you just don’t want us to hammer in big tent pegs into your ground. No added water features here… turn a piazza or courtyard into something really special.

An outdoor wedding you say? In the middle of winter you say? Well why not! Our Tipis with all the trimmings are as cosy as a fisherman’s cottage. The Hygge concept – pronounced: “Who – gaa” is a Danish and Norwegian word for a mood of cosiness and comfortable conviviality with feelings of wellness and contentment. Which we like to think perfectly describes the atmosphere in our tents. The Hygge concept is a fantastic event theme if you need a bit of inspiration.

Our Tipis are built to withstand extreme climates and can endure the worst of Cornwall’s weather to provide a practical, flexible and atmospheric alternative for your wedding

With its sides down the Tipi takes its traditional form and during the winter months, a fire pit and entrance porch will create a cosy atmosphere inside for Wedding guests, while allowing easy access to and from the Tipi. Read about Winter Weddings

We can help you choose the correct size for your event, no matter what is going on inside, banqueting, seated dining, bars, buffet tables, dance floor, band, even a Viking bonanza! We can help.